During this time, my hobby is never far from the world of computers and video games. But lately I have a really new hobby, which is collecting replica diecast motorcycles from Moto GP motorcycles. As a big fan of Valentino Rossi, it seems it’s a bit late to start collecting it now. But after I joined the community on Facebook, I decided to start hunting replicas of all the motorcycles that Rossi had used while racing in the Moto GP.

The question that is often asked by beginners is what is suitable for hunting diecast? This question also approached me when I first wanted to buy my first diecast. From diecast-diecast that are sold in the market now, there are several types of diecast scales to choose from. But there are 2 popular Moto GP diecast scales, namely 1:12 and 1:18. Diecast Moto GP 1:18 inhabited by brands Leo Models, Maisto and Saico. While 1:12 is inhabited by the brands Minichamps, Ixo, Altaya, Babylon and Newray. Actually there are also other scales namely the scale of 1: 6, 1:10, 1:20, 1:22 and 1:24. But if you see a little variant, it will be a little difficult to collect the motor completely. 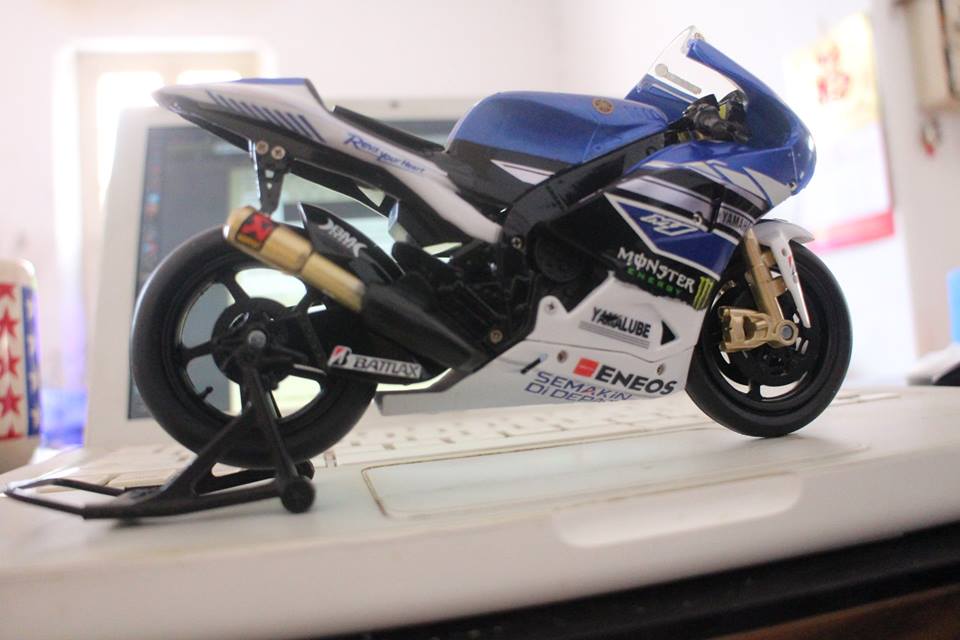 To help beginner MotoGP diecast collectors who are just collecting their prey, next I will give a little overview for guidance on some 1:12 scale MotoGP diecast brands that are sold in the market.

Newray is a Hong Kong-made diecast brand that is most owned by collectors. Because the price is cheap, Newray (or often abbreviated as NR) is the main prey of the diaster, especially beginners. In general, the Newray brand diecast has more plastic content, and less metal components than other brands. Details of the NR were not too thorough, both in terms of engine, color cable and stickers (decal). But because the price is cheap, this brand is a favorite custom material (modification) for modellers. Usually the prices of Newray products that have been customized, can reach 10-20 USD more expensive than the average price of original Newray products. 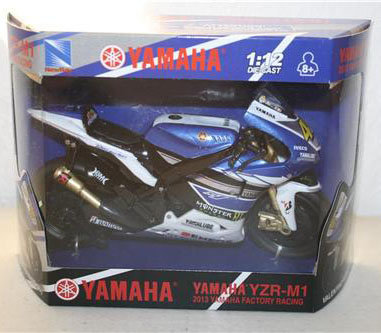 Babylon is a diecast brand made in China. If I can say this Babylon product takes material from Newray products then is customized (modified), and then sold again. Compared to Newray, what distinguishes Babylon is the paint and its colors are coated (coated with gloss paint). Which is slightly less than this brand may lie in details that are not the same as the original motorcycle and the decally which is usually not quite right placement (still much better Newray original for the details) For the price, Babylon is usually a little more expensive than Newray around 100 to 10 USD. This brand is an inexpensive alternative for beginners who want to collect more Moto GP diecast models. 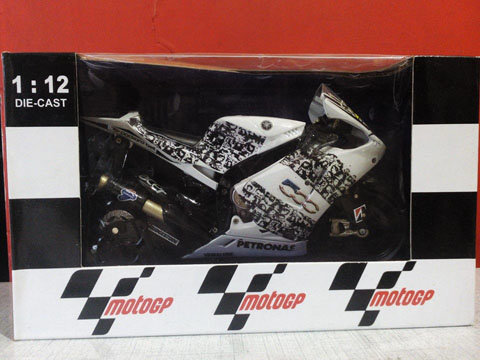